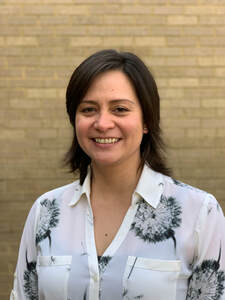 Christine or Ting as most everyone know her, currently works as a Help Desk Manager at a federal contracting company, since 2010.  She was employed at JW Marriott Hotel, Washington, DC from 2003 to 2010 in the Event Department as an Admin Assistant and then as an Event Services Supervisor.

She studied at Brent International School in Manila for elementary and high school.  Ting Graduated with a Bachelors in Hotel and Restaurant Management at the University of the Philippines, Diliman Campus.  She also played for the UP Fight Maroons Womens Volleyball team for 5 years while in UP.

Ting was saved in August of 2005. Her turning point was when she realized how loved she was by God as he constantly pursued her in the course of her life by placing Christians and even non-christians along her path and showing her His love and grace.  From Ting's best friend in elementary and high school and her family, to her high school volleyball coach, to mentors she had and, most especially, Merbin, her partner.

She is married to Merbin, her one and only spouse, and met him in 10th grade at Brent.  She dated him during her Sophomore and Senior year in high school, and maintained a long distance relationship while in college as Merbin studied in Australia and the US. They reunited in the US in 2003 and finally got married on January 14, 2006.

As a teenager Ting was struck by a quote of Nelson Mandela and has been living to "manifest the glory of God" that is within her to the relationships in her life and to those who she cross paths with...to let God's light shine through her life.

Being a Worship Leader was not a calling that Ting had, but it was what God has appointed her to do in this season in her life.  Looking back, little did she know that he was molding her and weaving the circumstances eventually leading her to this. She does not know what God has in store for her later on but whatever it may be, it is to bring glory and honor to Him through her life.

Ting's hobbies are ﻿playing volleyball and basketball at times, listening to Christian music, and now learning to play the guitar.﻿