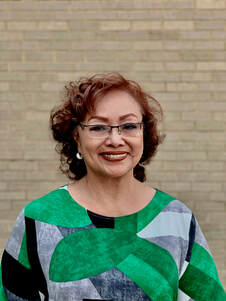 Annie has the distinction of being the first convert of Fil-Am Church. She met the former pastor of the church, Pastor Romy Capuli and his wife Kaye, in a community project some months before the church started in 1995. When she was invited by the couple to attend the first service in November 1995, she attended only because she found it hard to say “no” to them. Since then, she never left Fil-Am and got baptized two months later. She is now serving as the Worship Ministry co-Director.

Annie attended the College of Music and Fine Arts at Philippine Women’s University in Manila, majoring in piano. Three years into college, her whole family had to leave for her dad’s posting as a diplomat to Cairo, then to San Francisco, where they decided to settle down in 1981.

Annie got married to Jojie Rivera in November 1982 and had a baby girl (Joanne) the following year. From San Francisco, her dad got posted to the Philippine Embassy in Washington DC, half of her family stayed behind in San Francisco, and the others moved to Virginia. Annie was one of the ones who moved here.

Annie has been active in the Filipino community since the early 90′s. She headed a local cultural organization for many years and still helps out during the Philippine Festival in June every year.

Her vision for ministry is to see the young people in Fil-Am to have a heart for worship so that they can be trained to participate in the Worship Ministry through dance, music and the arts.